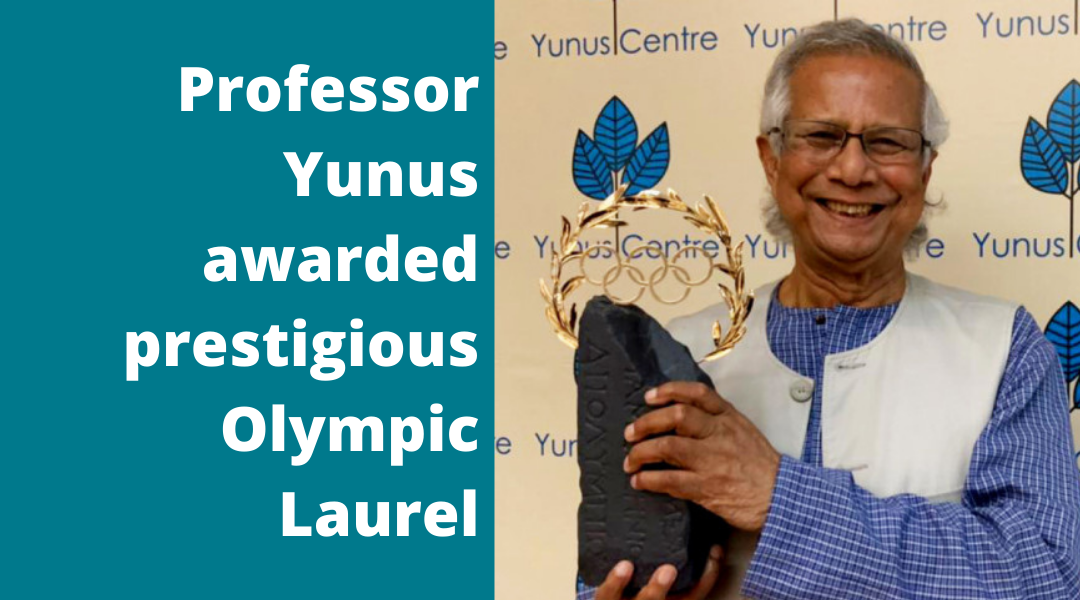 Grameen Bank founder, Professor Muhammad Yunus, was awarded the Olympic Laurel at the Opening Ceremony of the Olympic Games in Tokyo.

Professor Yunus has also collaborated with the International Olympic Committee (IOC) on several projects including the IOC Young Leaders Programme, the “Imagine” Peace Youth Camp and the Athlete365 Business Accelerator.

IOC President, Thomas Bach, said that the work of Professor Yunus is exemplary and consistent with the values of the ancient Olympic Games.

“He is a great inspiration for all of us. He helps athletes in their post-sport career development to become social responsible entrepreneurs and shares our vision of how sport can contribute to the Sustainable Development Goals,”said Mr Bach.

Professor Yunus, who is also a recipient of the Nobel Peace Prize, said the Olympic Games and sport have the most convening power in the world.

“Sport is natural to all human beings. It brings all human strengths and emotions into play, irrespective of differences. That gives it enormous power. I urge that we channel this power for achieving social goals and peace,” he said.

“This award recognises that sport can play a powerful role in creating positive change. Importantly, sport shares the philosophy that we embrace at Grameen – that is creating a sense of belonging and building solidarity between people from different backgrounds towards a common goal,” said Mr Mooney.